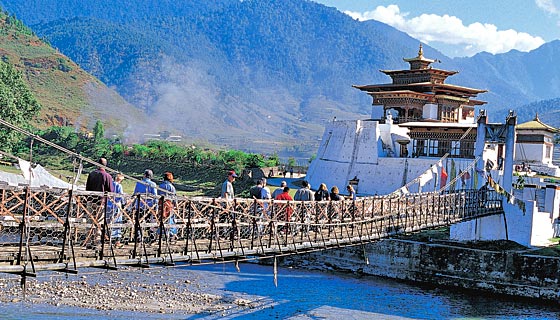 Arrive at Paro Airport, The one and only international airport of Bhutan with picturesque landing. After the meet and greet transfer to Thimpu, the capital city of Bhutan. Check in at the hotel in Thimpu. Overnight stay at the Thimpu. 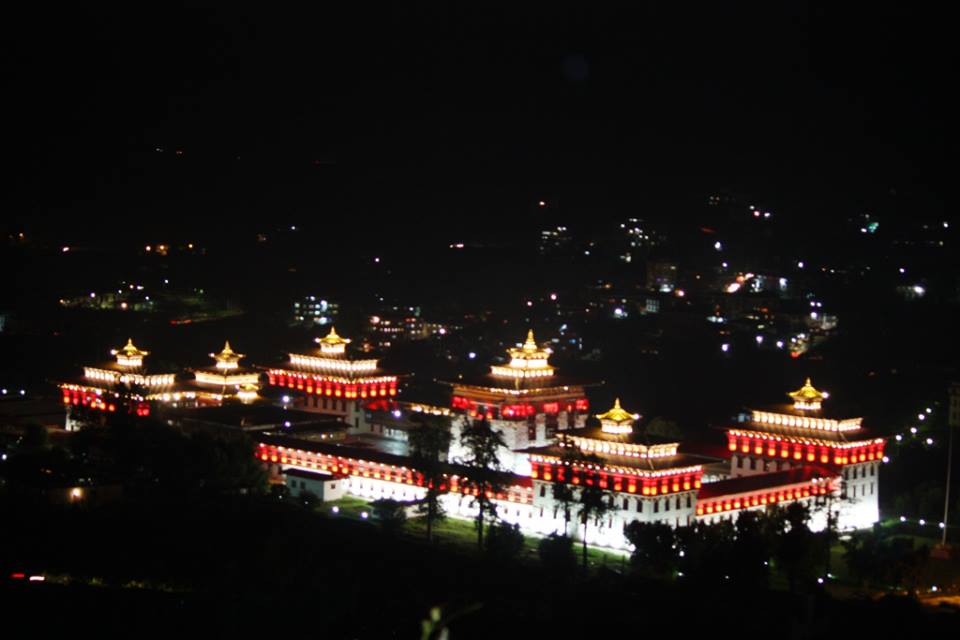 After Breakfast, enjoy the city tour of Thimpu covering – Tashichodzong” fortress of the glorious religion” it was initially built in 1641 and later rebuilt in its present form by King Jigme Dorji Wangchuk in 1965. The Dzong houses, main secretariat building which houses the throne room of His Majesty, the King of Bhutan. Later Visit The National Memorial Chorten. Here you can witness the majestic paintings and statues inside which provide a deep insight into Buddhist philosophy. Next visit Changangkha Lhakhang Monastery, It is a fortress like temple and monastic school perched on a ridge above Thimphu, south of Motithang. The central statue here is Chenrezig in a manifestation with 11 heads. From temple courtyard, there is fascinating view of Thimphu valley. Post lunch visit the National Zoo which also houses national animal takin. Enjoy the evening at Buddha point. Overnight stay at the Thimpu. 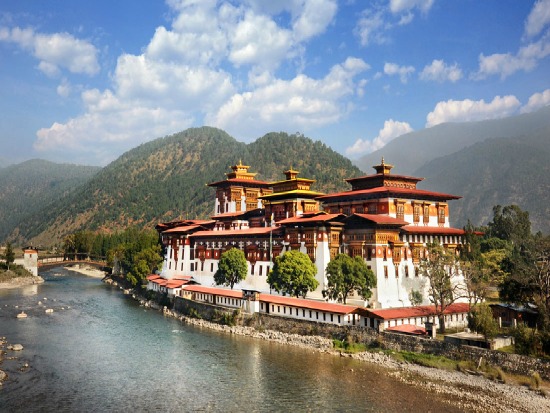 After Breakfast, Drive to Punakha,There are splendid views of the distant Himalayas at Dochula pas (alt. 3,050m) on Thimphu – Punakha road. Visit Chimi Lhakhang - The Chimi Lhakhang, situated on a hillock in the centre of the valley, is dedicated to Lama Drukpa Kuenley. This temple is also known as the temple of fertility. Also visit Punakha Dzong - Built strategically at the junction of Pho Chhu and Mo Chhu rivers. The Dzong is open for visitors during Punakha festival and in summer months when the monk body moves to Thimphu. On arrival check in at the hotel. Evening free for leisure. Overnight stay at Punakha/Wangdue. 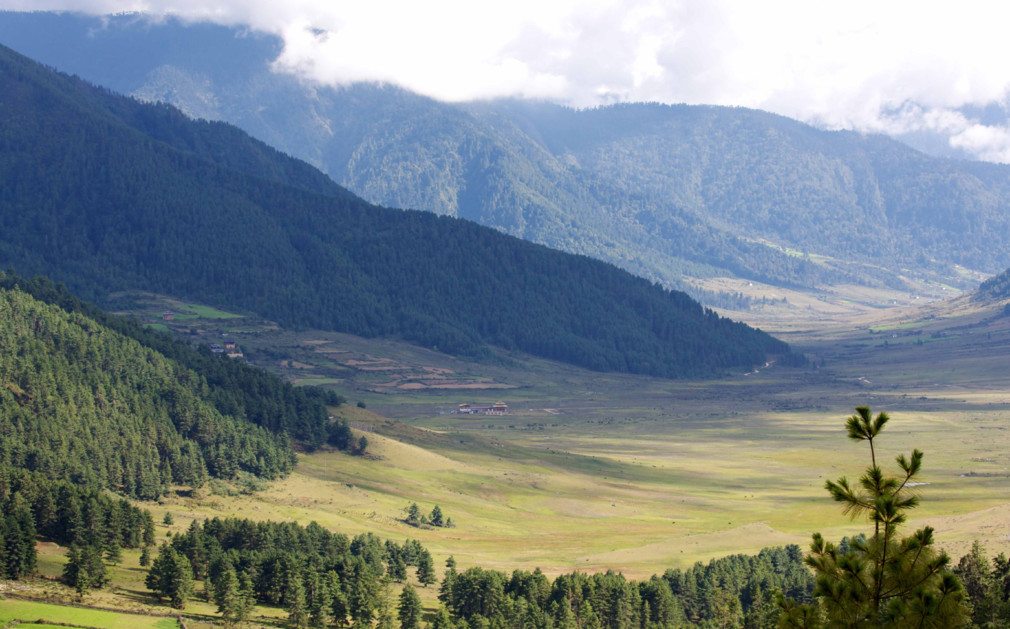 After Breakfast, drive to Gangtey valley - flat valley without any trees after the hard climb through dense forests is augmented by an impression of vast space, and extremely rare experience in Bhutan where most of the valley’s are tightly enclosed. A few kilometers beyond the Gangtey Goempa Monastery, on the valley floor lies the village of Phobjikha. This place is the winter home of black necked cranes that migrate from the arid plains in the north to pass winter in milder and lower climate. Evening return back to Punakha/Wangadue. Overnight Stay at Punakha/Wangdue.

After Breakfast,transfer to Paro. Visit Ta Dzong- One time watch tower built to defend Rinpung Dozng during inter-valley wars of the 17th century, since 1967 Ta Dzong is serving as the National Museum of the country. It holds fascinating collection of art, relics, religious thangkha paintings and Bhutan's exquisite postage stamps. After Ta Dzong walk down the trail of Rinpung Dzong - the first National Museum spiritual and temporal ruler of Bhutan, the Dzong houses the monastic body of Paro, the office of the Dzongda (district administrative head) and Thrimpon (judge) of Paro district. The approach to the Dzong is through a traditional covered bridge called NemiZam. A walk through the bridge, over a stone inlaid path, offers a good view of the architectural wonder of the DDzong as well as life around it. Visit Kyichu Lhakhang -It is one of the oldest and most sacred shrines of the Kingdom dating back to 7th century. From there you will be taken to the Drugyal Dzong(Bhutan Victory Fort), which was built in 1646 to commemorate Bhutan's victory over Tibetan invaders during the 1600s. On a clear day you can see Mount Jumolhari, Bhutan's second-highest mountain at 7,314meters. Overnight stay at Paro. 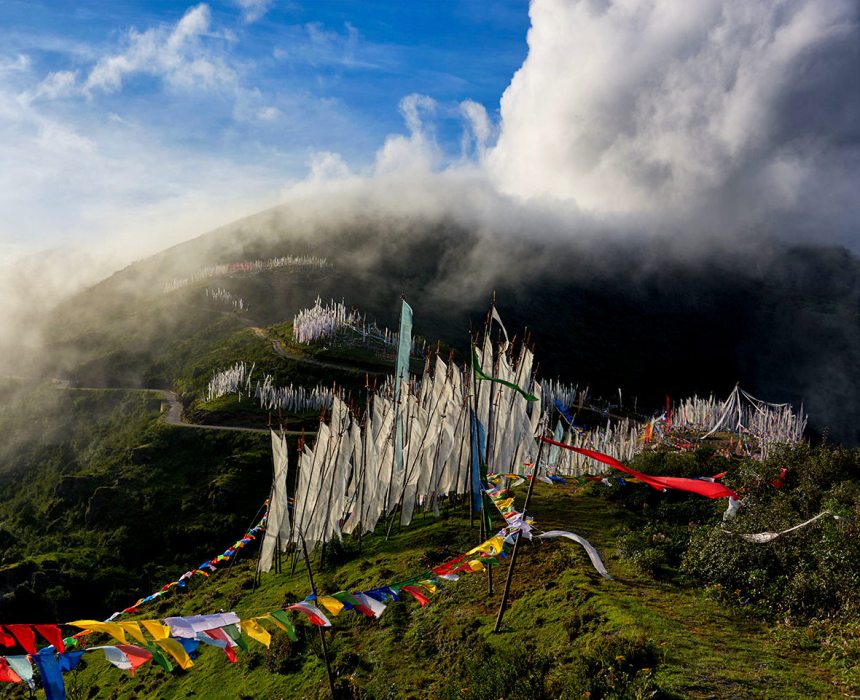 After breakfast, drive to Chele-la pass. After driving through blue pine & rhododendron forest for 45 km, reach Chele-la pass ( 4200 meters). From this point one can have a superb views of Mt. Chomolhari & Jichu Drakey. Return back to Paro. Overnight stay at Paro. Today in time please set foot for bagdodra Airport to board onward flight by reporting Before 2-Hrs. With sweet memories of Bhutan ------------------ Tour End.